Blog >What Is Preggophilia? A Fetish of Pregnant Women 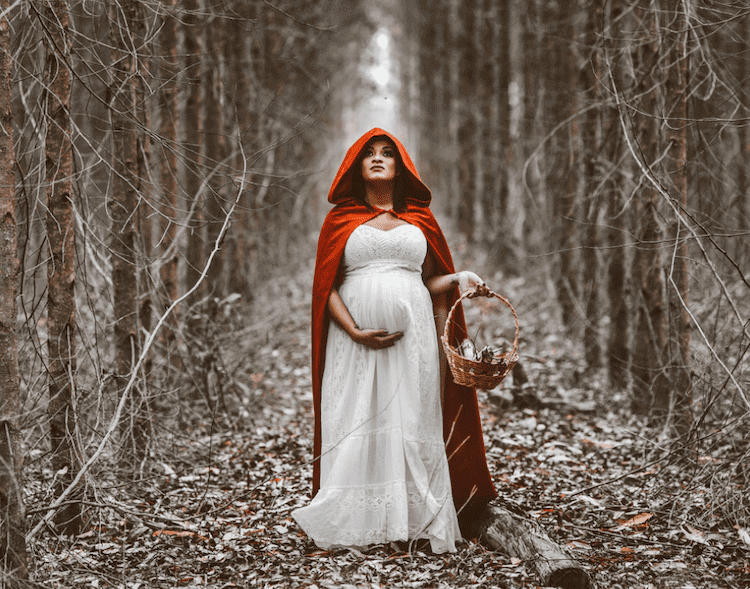 When most people think of a pregnant woman or see a pregnant woman in the street, we usually think of how adorable she looks waddling around with that huge baby bump and glowing skin, knowing she’s about to give birth to a precious little human being.

We don’t really think of sex when we see a pregnant woman, even though that’s kinda how that little guy got there in the first place.

However, just like there are “pee on the face” fetishes, panty raid fetishes, and toe sucking fetishes - you also have preggophilia. So, what is preggophilia, and just what exactly are they turned on by?

Preggophilia is simply someone who is physically and sexually attracted to women who are pregnant, and it is not to be considered or looked at as pedophilia either.

These men (and sometimes women) are only attracted to the woman and her looks, not the child inside of her.

However, it goes much further than just a sexual attraction to a woman with a baby bump.

It is simply just another fetish on the market and it’s perfectly normal. We all think women and their baby bumps are adorable, so really these attractions are just the next step up.

Still, as you will come to find out soon, not every preggophilia fetish is cute and normal, some of it can be downright strange.

We’re sure that Preggophilia is something that’s been around for centuries, but the term and popularity of the fetish are much more recent.

While we are not quite certain when and where, or even how the term started, we’re almost certain you can thank pornography for bringing this fetish to the limelight.

Is it Only for Men?

While the pregnant fetish is mostly men who love a woman’s curves, there are women and even straight women, who somehow have this sexual desire towards pregnant women. Maybe it’s the pheromones she’s putting off due to her pregnancy?

Speaking of pheromones, do you know that humans secrete pheromones that are a lot like secreting hormones on the outside of your body, and they do affect those around you?

The smell of these pheromones can make you act and feel a certain way, without you even realizing what’s going on.

Pheromones are chemicals from the body that basically get into the air, and when people around you smell them unconsciously, it can make their body and mood react either negatively or positively.

This also affects their feelings towards you, including attraction.

While it can’t really be 100% proven, we do feel like there is some type of connection between preggophilia and the pregnancy pheromones that these mamas put out.

Pheromones are felt so strongly sometimes, that other people will know someone else is pregnant before they know themselves.

It’s the basics behind science, the laws of scent and attraction. Pregnant women excrete more pheromones than non-pregnant women and thus the men flock to the smell in the air. At least those with the fetish.

The baby bump maybe some of what a Preggophilia is attracted to, but really, it’s much deeper than that. It’s said that these types of fetish lovers actually have tons of respect and love for pregnant women, and it has nothing to do with the baby in her belly.

It’s cute and it’s raw and it’s real - but it’s not what they love the most. The baby bump is attractive to them and they do find it sexy, but it’s not the only thing they long for when it comes to pregnant women.

Even though it’s great they don’t love the baby bump so much, it’s still somewhat strange at what they do love. Some Preggophiliacs love a pregnant woman simply because it means she’s taken.

For this we ask though, wouldn’t any woman with a ring on work for that? Then again, it’s a fetish and fetishes are much deeper than that.

For some, they say that it’s a sign of her commitment mixed with her uncontrollable urge to have sex, as we all know that pregnant women tend to get a little hornier than your typical woman due to her hormones being all out of wack.

Another major element in the fetishes of pregnant women is the fact their bodies are always changing, breasts typically grow larger so that the baby will have milk. Even the thought of lactation turns some of the freakier pregnant lovers on.

And then, you do have the ones who say that they love pregnant women because it’s wrong and taboo and weird. We say more power to you buddy!

I just hope you never get caught by the baby daddy if you’re doing it just to be wrong.

Preggophilia isn’t always cute nor for the light-hearted, sometimes the fetish can and does get downright kinky.

We very lightly spoke of lactation before but we never went into detail, with the lactation fetish, some men love seeing a pregnant woman shoot milk from their breasts or even love sucking on women’s breasts with milk.

But it gets even deeper...

While the impregnation fetish leans more along the lines of wanting to be the sperm who wins the egg, and not fantasizing over someone who clearly already declared a winner, sometimes the two fetishes do cross lines for some who love both.

If you love both impregnation and pregnant women, the two lines parallel and cross constantly, so it’s no surprise that you may have someone longing to impregnate a woman getting turned on to the sight of a beautiful pregnant mama.

Maybe he’s playing on the fantasy that the child is his? And seeing this pregnant woman stimulates his mind and makes him feel like (in his fantasy) he’s the man because he impregnated someone, which is exactly what the fetish is about.

While the two fetishes parallel, they are still quite different and only cross paths for those who love both.

Here’s the kicker though: the woman does not actually have to be pregnant. Because of this, many women report pretty painful experiences and lengthy ones at that, as it would take weeks of “practice” to start lactating if not pregnant.

Either way, it’s honestly just another fascination with breasts in our minds and not so much a pregnant thing.

This fetish of belly stuffing is a little stranger than the ones before but parallels with pregnant women once again. Some people find a round, full, overstuffed belly super sexy and attractive, and there are even some that like to see them stuffing their belly full.

When someone has a ‘thing’ for big, round, bubbly bellies, it’s no wonder they fall in love immediately with pregnant women. They’re too cute not to! But belly stuffing? Now we feel like that might be a little too far.

Belly button fetishes are a little calmer than belly stuffing, and there is no discrimination here. You can have an innie or outie, there’s a group out there possibly talking dirty about it and jacking off to your belly button as you read this.

Pregnant women are susceptible to showing off their belly button, especially if they’re pregnant cam models showing it off for their viewers. This is why some of those with belly button fetishes sometimes also love them a big ole’ pregnant belly and her outie!

Maybe this explains why some men never grow up? They just can’t get over and off of mama’s baby milk.

Ok, here is where we draw the line. If you’ve never heard of vore, you’re not missing out and I almost cringe at the thought each time I’m reminded that this is a fetish.

Vore is the act of being swallowed whole or swallowing someone whole without bloodshed, and something about this is an absolute turn-on to some people. I’ve always been super open-minded about pretty much everything but I’ve never thought to mix cannibalism and sex, sorry - not sorry.

So, how in the world does soft vore mix with pregnant women? Your guess is as good as mine.

Possibly it’s the fact of delivery, the vagina is swallowing the baby whole almost? Or it could resort back to the belly stuffing, full hard stomach attraction we didn’t understand before?

Nevertheless, it’s become a fetish in the pregnancy world, and we’re hoping it’s just the appearance of her swallowing something whole hence the large stomach - and nothing more.

This too is a little disturbing but falls right in there with vore, unbirth is the sexual arousal of being swallowed either partly (such as their head) or even being swallowed whole, by a woman’s vagina.

This makes us a little more comfortable than vore but now has us questioning what in vore is so attractive again?

The Positive Side of Preggophilia

While there might be a negative stigma attached to those who love pregnant women and even the thought of finding a pregnant woman sexy, there can actually be a super positive side to it as well. And more so for the women who find themselves on the receiving end of the fetish.

Sadly, a lot of women’s husbands and boyfriends start to shy away from sex or even physical intimacy when their lady is preggo, and this could be for various reasons but it never feels good to the woman involved.

Preggophilia, just the mere fetish of being sexually attracted to pregnant women, has brought the limelight back to just how beautiful a woman’s body truly is.

We don’t have to be 5’6 and weigh 120 pounds to be sexy and desirable, we can be ourselves in our true rare forms, and somehow be the most beautiful.

The fact that a woman’s body is able to change and hold another human's life is so beautiful alone, and maybe that is what the world is missing today.

Take away the negative stigma and know that pregnant women are sometimes more beautiful than those who aren’t simply because their bodies are holding the key to life in that moment, and in those nine months.

But the truth is, there is someone out there who wonders why you like what you like too.

However, some men (and women) simply just get turned on by the thought of or the sight of a pregnant woman and that’s just how it is. For pregnant women who don’t like this, we suggest keeping your photos private online and avoiding adding strangers.

There are always going to be creepy old men out there that try and jerk to your photos, no matter how big those maternity clothes are. Protect yourself with that privacy button.

Comments on "What Is Preggophilia? A Fetish of Pregnant Women" (0)