BlogInteresting Things to Talk About Over the Phone 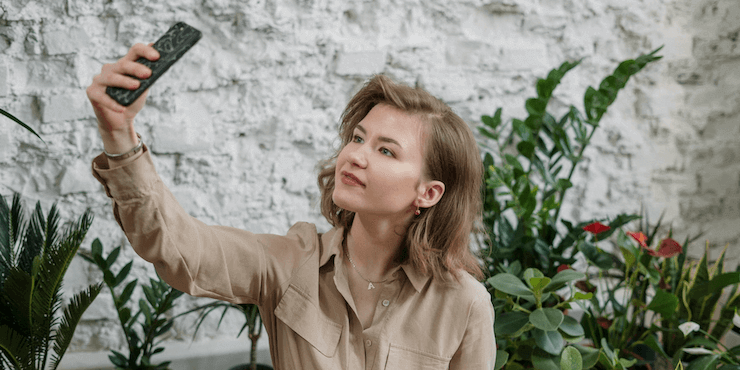 Interesting Things to Talk About Over the Phone

Not everyone is born a naturally great talker, most of us often run out of things to say. But that doesn’t mean it’s over for people like us, who need a little help in coming up with interesting topics to keep a conversation going.

Topics are just one ingredient to the recipe for mastering the art of communications, so how well you carry yourself and listen to the other person are equally as important.

Lucky for you, you are exactly where you need to be to get the help you need to spark great conversations and have the ability to talk to anyone like a pro!

10 Interesting Conversation Topics to Talk About on the Phone

The key to an amazing conversation is to make it seem like interesting things are casually coming out of your mouth, and not like you’re following a certain script. It may sound a lot harder than it really is, but with a little practice, you’ll be able to steer conversations in any way you like.

Listed below are some interesting conversation topics along with a few sample questions to initiate the subjects effectively:

This one is old, but gold. A person’s passions and hobbies tell a lot about who they are as an individual. It’s a great way to get to know the other person on a more intimate level. Talking about this topic will also get the other person talking because it’s what inspires and interests them.

You can never go wrong with talking about passions and hobbies. After all, it’s how we spend most of our time. Who knows? You might find out that you share the same hobby. And that calls for a date, for sure!

Talking about work can be a sensitive topic, which is understandable because some people either hate their work or simply have bad luck when it comes to their careers. However, it is likely to come up sooner or later. So, why don’t we just put that out in the open and get it over with, right?

When talking about work, you don’t want to sound like you’re bragging if you have a good job nor you want to look down on yourself if you have a slightly less than impressive job role. Just tell them what you do, say you enjoy it (even though you don’t), then move on to their line of work. If it’s obvious that they don’t like talking about their job, do them a favor and change the topic.

Anything that is going on locally is an interesting topic to talk about. Be it in the entire country, city, or as local as, for instance, the university both of you attend or the neighborhood the both of you live in.

Happenings that are closer are more interesting to talk about compared to world news because it feels more immediate and impactful.

There’s always something interesting going on online. So whenever the conversation is stalling, make use of YouTube’s and Twitter’s trending section to find something to talk about.

TikTok also provides some pretty cool videos to talk about. When you talk about something that has gone viral on the Internet, chances are, the other person has seen it and you can establish a fun conversation from it.

People love to travel, and those who don’t have the means to travel constantly daydream about having enough money or time to do so. We’re all a sucker for traveling that even the thought of it makes us happy and excited.

This topic will trigger their imagination and immediately put them in an uplifted emotional state. You can initiate the topic of traveling in various ways, from simply asking the best place they’ve ever visited to discussing the itinerary fo their previous trip in detail.

One’s role models say a lot about who he or she is as a person. It can tell you what drives them, what values they have, and what goals they pursue. If their role model is an artist, it will tell you that they’re someone who is passionate about arts.

If a political figure has a huge influence on them, you can bet that they are interested in politics, perhaps considering running for a position one day. This topic works best to bring up if you’re talking about celebrities, leaders, influencers, or anyone who’s big in any industry.

Talking about entertainment can be as simple as sharing your favorite TV shows and movies, or as complex as a discussion regarding the changes and trends in the entertainment industry.

A person’s preferences regarding films also say a lot about them, helping you get to know the other person better, which is exactly the purpose of a conversation in the first place.

Alright, this is not for everyone, but it’s pretty entertaining to talk about. There are no right and wrong answers here, so both of you should be able to freely express your thoughts and opinions without the fear of being judged. Make sure you don’t bring up the flat earth theory though!

9. Life and the Universe

This is a fascinating topic where the two of you can dissect the “whys”, “hows”, “whos”, and “whats” of your everyday lives. However, you wouldn’t want to enter this topic if you don’t think you can last a few minutes in deep, meaningful conversations.

But to be honest, if you can’t deal with thought-provoking subjects as huge as this, then you’re probably screwed. For most people, there’s nothing more attractive than a person who has something to say about things that matter in life.

The topic of love never ceases to excite us. It’s what we always long to talk about. After all, it’s one of the things that bring us happiness, fulfillment, and hope. At the same time, it’s something that can give us negative emotions such as jealousy, frustration, and anger. Love is complex, it’s probably why we find it so interesting.

Make sure to tread carefully around this topic though, you want to make sure talking about this subject won’t lead to conversations about past relationships, which are a very tricky and touchy topic you wouldn’t want to get into!

Learning what topics to avoid is as important as learning good topics to talk about. These controversial topics can turn an otherwise amazing conversation into a heated argument. To avoid disagreements, check out the taboo subjects you should avoid like a plague:

Politics is a volatile topic that causes tempers to flare and has ended many relationships, even between close friends and families. Sure, you may feel very strongly about your party or the candidate you support, or you may have an intensely unfavorable opinion of the opposition, under no circumstances you should attempt to win anyone over to your side.

It is important to acknowledge that not everyone is going to share the same political views as you. Respect anyone’s political views just as much you want yours to be respected.

So unless you met at a political event, this topic is best to save for later when the relationship has progressed and when both of you are comfortable discussing your political views without judgment.

Religious beliefs are a touchy topic about which you should tread very lightly. One’s faith is a personal matter, and many people are sensitive about it. However, that doesn’t mean you should be secretive about your religion.

Not everyone has a pretty good past relationship experiences they can comfortably talk about. In fact, most people would rather not talk about it for various reasons that aren’t any of your business. No matter how curious you are, don’t risk what could’ve been an amazing conversation just because you’re nosy.

That being said, don’t ask them how long their previous relationship lasted, why did they break up, how many people they’ve been with, and anything that has to do with their past relationships. If they bring it up first, just listen and respond accordingly to what they say. Just make sure to not be the one to ask questions.

Trust me, you don’t want to get into this. It goes without saying that money matters can be a triggering subject. Generally, you should only discuss your personal finances with your family and close friends. Anyone outside of that circle doesn’t need to know how much you’re making or how much debt you’re in.

Similarly, you shouldn’t make a habit of asking anyone how much they are making. Everyone’s relationship to money is different, so it’s best to never bring it up by all means.

If the person you’re talking to brings up how much they’re making for whatever reason, congratulate them for landing a well-paying job. If they ask you how much you’re making, the safest answer would be to tell them that you’re making enough to live comfortably.

If there’s an irredeemably toxic conversation topic, it’s definitely gossip. Seriously, what’s the fun in talking about other people’s lives? Imagine telling the other person that Monica from high school is pregnant and she doesn’t even know who the father is, only to find out that Monica is their cousin.

What a bummer, right? Although the chances of them being actually related to the subject are fairly low, you don’t want to be someone who takes the moral low ground by talking about other people. Sure, it might not really hurt your relationship with the person you’re talking to, but it will definitely damage your character.

If the other person brings up a rumor about someone, tell them it doesn’t feel right to be talking about them and make sure the gossip ends with you. 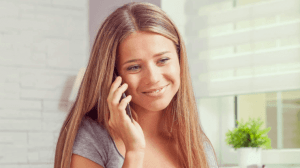 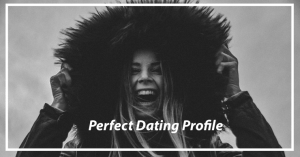 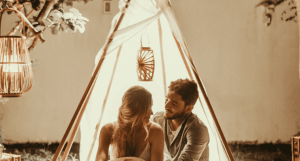 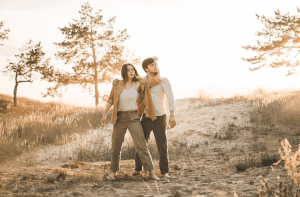 Couples Moving in Together: The Ultimate Guide 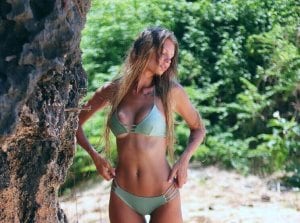 Jiggle Balls: What They Are, How They Work and Improve Sex

Comments on "Interesting Things to Talk About Over the Phone" (0)